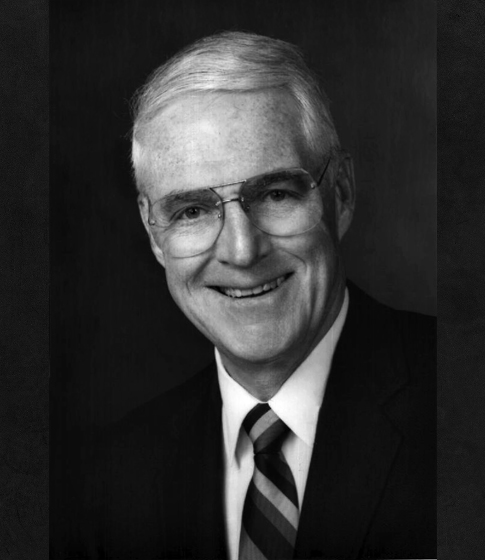 "In recognition of his distinguished achievement in leading people to accept change and to strive for operating improvements in iron and steel production."

John G. Redline received a B.S. in Industrial Engineering in 1948 from Lehigh University. He joined Bethlehem Steel Corporation in 1948 as a trainee in their Looper Course. After completing this course, he spent three years in maintenance management. In 1951, he joined U.S. Steel Corporation at their Fairless Works, spending eight years in management positions of increasing responsibilities. In 1959, he accepted a top management position with National Steel"s Midwest Steel Division and eventually became General Manager and Assistant Vice President. In 1966 he was transferred to the Weirton Steel Division and became President in 1967. From 1972 through 1977 he served as President of National Steel's Great Lakes Steel Division and was subsequently reassigned lo the Weirton Division in 1977 as President.

It was during his later stay at Weirton that Mr. Redline was instrumental in the conception, formulation and acceptance of their employee stock ownership plan known as the Weirton E.S.O.P. He retired from the steel industry in 1983 and accepted employment with Bank One of Southern Ohio, N.A. as an Executive Vice President having responsibility for 24 banks and/or branches. In 1985, he joined the cabinet of Governor A. Moore in West Virginia in the capacity of Director of the Governor's Office of Community and Industrial Development. Mr. Redline retired to Florida in 1987.