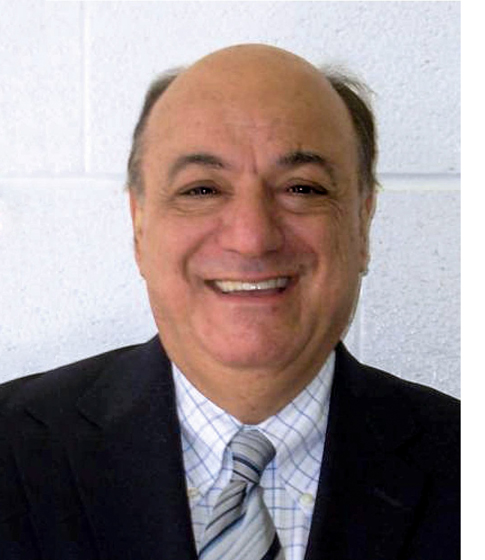 In recognition of 35 years of contributions to the science of steelmaking and the development of new grades. He is recognized globally for his contributions to the understanding of the design properties of microalloyed steels and the mechanisms of strengthening and microstructural evolution.

Anthony J. DeArdo completed his undergraduate studies at Drexel University and received his M.S. and Ph.D. degrees from Carnegie Mellon University (CMU). He conducted post-doctoral research at CMU and at the University of Cambridge and worked as a senior research metallurgist in the Graham Research Laboratory of the former Jones and Laughlin Steel Corp. before joining the faculty at the University of Pittsburgh. Professor DeArdo is a member of several industry-related associations, including AIST, the Canadian Institute of Mining and Metallurgy, and the Institute of Materials (London). Dr. DeArdo’s research interests center on the relationships that exist among composition, processing, microstructure, and properties of steels and other structural materials. Professor DeArdo has lectured on his work throughout the United States and in 22 other countries on five continents. He also provides consulting services to the government and industry. Dr. DeArdo has chaired six international conferences and authored or co-authored over 220 publications. In the last five years, Professor DeArdo has delivered 14 keynote lectures at major international conferences on advanced steels. As director of the Basic Metals Processing Research Institute (BAMPRI) at the University of Pittsburgh, Dr. DeArdo supervises the research of approximately 20 staff members and students. In 1991, Dr. DeArdo was appointed the William Kepler Whiteford Professor of Materials Science and Engineering at the University of Pittsburgh, and in 1994 he was elected Fellow of the Institute of Materials, London. He was awarded the Andrew Carnegie Award and the Edgar C. Bain Award from ASM International in 1985and 1991, respectively, and the Charles Hatchett Award from the Institute of Materials, London, in 1995. In addition to many other awards and honors during his career, Dr. DeArdo was elected Fellow of ASM International in 2000. In 2008, he was appointed as Finland Distinguished Professor at the Department of Mechanical Engineering, University of Oulu, Finland.