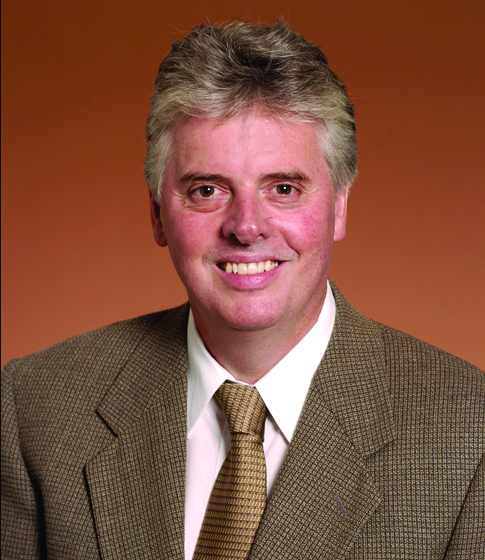 For advancing our understanding of the physical chemistry of casting and solidification processes, upon which new developments in continuous casting and strip casting systems for steel production have been based.

Alan W. Cramb is the Dean of Engineering and the John A. Clark and Edward T. Crossan Professor of Engineering at Rensselaer Polytechnic Institute. In his role as Dean, he is responsible for current and future directions in research and education for one of the leading engineering schools in the USA. Dr. Cramb joined Rensselaer in 2005. In the last three years, a mandatory international program for all undergraduate engineers was announced, USNWR research expenditures increased from 33 to 85 million dollars, a 500 million dollar in-kind software gift was received from the Partners for Advancement of Collaborative Engineering (PACE), the Lemelson-RPI prize was initiated to recognize student innovation and, both undergraduate and graduate enrollments increased.

Alan received his Ph.D. from the University of Pennsylvania in 1979 and subsequently spent 7 years conducting and managing research within the steel industry. During 1986 he joined the department of Materials Science and Engineering at Carnegie Mellon University and in 1990 became the co-director of the Center for Iron and Steelmaking. He then helped the Center transition from a local to a fully international center with a worldwide membership. In 1997 he was awarded the Posco Chair. In 2000, he became Head of the Materials Science and Engineering Department where he was responsible for updating the undergraduate experience, developing the departmen's leadership role, both locally and nationally, and ensuring that there was a strong interdisciplinary focus in the department's research portfolio.

He is the author of over 190 publications and 2 patents and was the recipient of the AISI Medal in 1985 and 1986 and the Robert Woolston Hunt Award of the Iron and Steel Society in 1987. He was named an Iron and Steel Society Professor in 1992 and was awarded the Benjamin Richard Teare Award at CMU for excellence in engineering education in 1995. Alan was the President of the Iron and Steel Society and made a Fellow of the Iron and Steel Society in 2000. He was named the John Elliott lecturer of TMS/ISS in 2002. In 2003 he gave the Carnegie lecture for the Pittsburgh branch of ASM and was awarded the Benjamin Fairless Award of AIME.  Alan became President of American Mining, Metallurgical and Materials Society and was also chairman of the University Materials Council and a board member of ABET in 2005. In 2007 he gave the Henry Marion Howe lecture of AIME/AIST. Alan's research is focused on Eco-processing and issues related to solidification phenomena, especially during the casting of steels. He has graduated 18 Doctoral and 35 Masters students and has hosted more than 25 visiting international researchers within his group. He has given more than 100 presentations worldwide and has taught short courses in Europe, South America, Australia and Asia on Solidification and Clean Steel Manufacture.