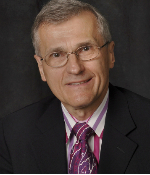 For his research on formation damage and natural gas engineering that has enabled the industry to enhance production performance.

Dr. A. (Tony) Settari is a Professor and holds the PanCanadian/Petroleum Society of CIM Endowed Chair in Petroleum Engineering at the University of Calgary. He is also president of TAURUS Reservoir Solutions Ltd., a high technology simulation consulting firm in Calgary. Dr. Settari is one of the leading developers of simulation technology for reservoir modeling, hydraulic fracturing and geomechanics. He graduated with a B.Sc. from the Technical University of Brno, Czechoslovakia in 1965 and Ph.D. in Mechanical Engineering from the University of Calgary in 1973. He subsequently worked for Intercomp Inc. in Houston, Calgary and London (UK), and founded SIMTECH Consulting Services in 1983. He has been involved in a wide range of both development and application simulation projects, including naturally fractured reservoirs, enhanced recovery projects, hydraulic fracturing and acidizing, in-situ thermal processes in oil sands, perforation mechanics and more recently reservoir geomechanics. He is a co-author of a classical textbook on Petroleum Reservoir Simulation (by Aziz and Settari), has written over 100 technical publications, and has taught at the University of Calgary since 1977. In the past, he served on the Editorial board of JPT and was a Technical Editor of SPE. Tony was twice invited to be an SPE Distinguished Lecturer (in the 1989/90 and 2000/2001 season), and became Distinguished Member of SPE in 2003. He is also active in CIM and has lectured widely on the subject of reservoir simulation, geomechanics and fracturing.