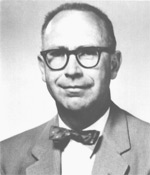 In recognition of his continuing three decades of contribution to the knowledge of reservoir and well performance and to the effective teaching of their practical applications.