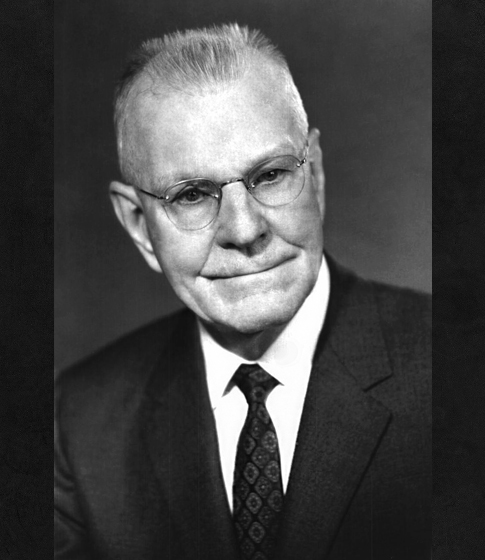 "For his efforts in establishing the fundamental concepts of flow through porous media greatly speeded the transition of petroleum engineering from an art into a science."

Dr. M. King Hubbert is Research Geophysicist with the United States Geological Survey in Washington, D.C. A native of Texas, he received his B.S., M.S., and Ph.D. degrees in geology and physics from the University of Chicago.

From 1931-1940, Dr. Hubbert taught geology and geophysics at Columbia University, and conducted geophysical surveys for the Illinois State and United States Geological Surveys during the summer months. He was engaged in mineral-resource studies for the Board of Economic Warfare during World War II.

In 1943, Dr. Hubbert joined Shell Oil Company, Houston, where he was successively Research Geophysicist, Associate Director of Exploration and Production Research, and Consultant in General Geology. In 1964, he retired from Shell and assumed his present position as well as a post at Stanford University as Professor of Geology and Geophysics. He retired from the latter in 1968.

Dr. Hubbert's researches have embraced principally (1) the physics of underground fluids, including the migration and entrapment of petroleum under hydrodynamic conditions (2) the mechanics of geologic structures, and (3) the study of world mineral resources and their implications in human affairs.

Dr. Hubbert's studies of the flow of underground fluids span more than 30 years. Three of his papers in this area were recently published as a book, Theory of Ground-Water Motion and Related Papers. He has participated in numerous conferences and symposia dealing with natural resources and environmental problems and has written extensively in these areas. He most recently presented his paper "Energy Resources for Power Production" before the International Atomic Energy Agency Symposium on Environmental Aspects of Nuclear Power Stations" in August, 1970, at the United Nations Headquarters.