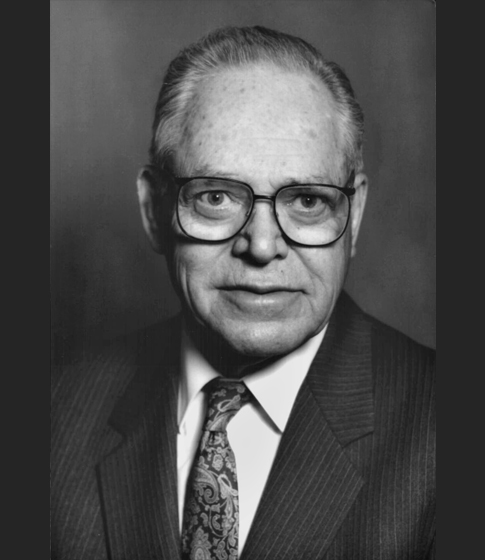 "For 50 years of contributions to the technology of reservoir and production engineering that have led to increased recoveries of oil and gas; for pioneering achievements in enhanced oil recovery; and for outstanding leadership to the engineering profession as President of the Society of Petroleum Engineers and through service to the National Academy of Engineering."

Lincoln F. Elkins was graduated from Colorado School of Mines in 1940 with a degree in Petroleum Engineering. He was employed by Amoco for four years, by Conoco for two years and by Sohio Petroleum Company (now BP) for 36 years. At Sohio. his positions included Special Projects Engineer, Chief Engineer, Manager of Production Research, and finally Senior Consulting Engineer. Since retirement from Sohio in 1983, Mr Elkins has served as a part- time petroleum engineering consultant. He has published some 20 papers in Journal of Petroleum Technology, all in the field of applied reservoir engineering.

Mr. Elkins has been a member of SPE and AIME since 1941. He was Section Chairman in Oklahoma City, and was a Distinguished Lecturer of SPE in 1962-63. He has served on and chaired many SPE committees at both the regional and national level and was President of the Society in 1965. Named an Honorary Member of both AIME and SPE, Mr. Elkins is a recipient of the SPE DeGolyer Distinguished Service Medal and a Legion of Honor Member of AIME. Class of 1991. Mr. Elkins was elected to the National Academy of Engineering in 1980.