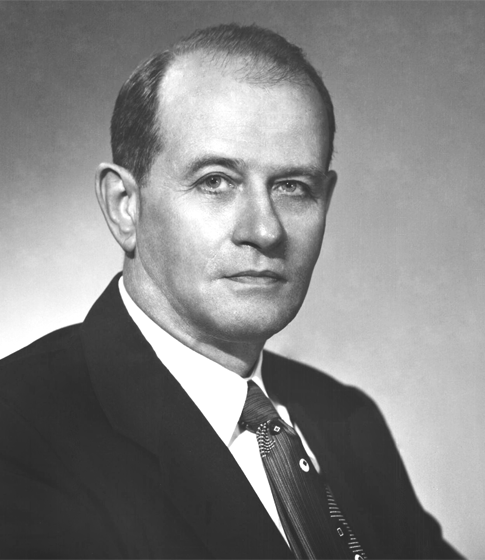 Carl E. Reistle, Jr., was born in Denver in 1901. He received a B.S. in Chemical Engineering from the University of Oklahoma in 1922. During vacations he worked as a roustabout for the Carter Oil Co.

Soon after graduation, Mr. Reistle joined the U. S. Bureau of Mines in Bartlesville, Okla. as a junior petroleum chemist. During this period he visited and worked in many major oil fields and published a number of articles on oil field brines, paraffin problems in the production of crude oil, and the operation of flowing wells.

In 1933, Mr. Reistle left the Bureau of Mines to become Chairman of the East Texas Engineering Association. In that office he was in charge of gathering facts on the efficient operation of the East Texas Field and his efforts played an import¬ ant part in establishing efficient production rates and practices. Three years later, he joined Humble Oil and Refining Co. where he has been successively Engineer in Charge of the Petroleum Engineering Division, Chief Petroleum Engineer, General Superintendent of the Production Department, and Manager of Production Operations. In 1948 he was elected to the Board of Directors. He was elected Vice-President in 1955 and, in 1957, Executive Vice-President.

During World War II, Mr. Reistle was technical advisor for District III of the Petroleum Administration for War. He was also National Vice-Chairman of the Oil Industry Advisory Committee for the O.P.A. He is active in many other professional and civic organizations.

He was elected to Membership in AIME in 1935 and served as President in 1956.