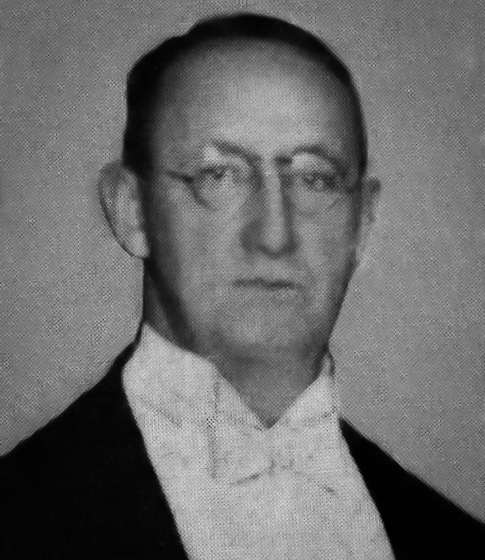 Robert Emmet Tally was born in Virginia City, Nevada, on November 5, 1877. He. entered the University of Nevada in 1894 and graduated in 1899 from the University and its School of mines, with the degree of Bachelor of Science and Mining Engineer. After graduating from college, he worked for ten years in capacities ranging from miner to manager in many of the important camps of the western United states and Canada, gaining practical operating experience and a deep insight and appreciation of the attitude of the average workingman. In 1907, Mr. Tally joined the staff of the United Verde Copper Company of Arizona as mine timberman at Jerome. One promotion was followed by another and he was successively made Assistant Mine Superintendent in 1908, Mine Superintendent in 1909, Assistant General Manager in 1916, and in 1921 he was promoted to General Manager. Following his connection with the Company the mine trebled its output of copper. In 1930, he became President of the Company, and in 1935 he retired to Prescott, Arizona, when the Phelps-Dodge Corporation purchased the property. While he was president, he lived in New York. Following the death in 1925 of the late Senator W. A. Clark, certain disputes arose among those of his heirs residing in Montana and those in Arizona. Mr. Clark had important mining interests in Butte, and of course, controlled the famous United Verde mine at Jerome, Arizona. For a time the horizon was rather black. It developed, however, that there was one man - and only one - in whom both factions had complete confidence, both as to his fairness and to his business capacity. That man was Robert E. Tally, then general manager of the United Verde; and to Mr. Tally goes most of the credit for adjusting a difficult situation in a satisfactory manner. From timberman in the third biggest copper mine in the United States to president of the Company was quite a journey, made by successive promotions earned strictly on merit and without pull of any kind. Not only was the United Verde a big mine, but he made it an up-to-date mine. He did not go in for too many fancy wrinkles, but led in such matters as safety and health of miners, the introduction of mechanical equipment, the training of younger members of the staff to assume greater responsibility, and technical research in metallurgical processes. Mr. Tally was an employer who did a great deal to make his employees contented - by establishing satisfactory industrial relations dependent on cooperation and confidence. The premium wage system led to efficiency and loyalty; group insurance was helpful, and the Golden Rule the most acceptable code, according to his policies. The hospital, school, houses and recreation grounds of the United Verde Copper Co. became notable. In 1929, writing on the subject of industrial relations, Mr. Tally said "The employer should take an active interest in worthy civic affairs, and cooperate in any constructive program for the benefit of the state or nation. He should have a genuine affection and regard for his men and take a keen personal interest in their welfare. He should understand their viewpoints, and endeavor to correct them when wrong. Likewise, he should acquaint them with his own opinions and problems. Men who have grown old in the service of an employer are entitled to every possible consideration, not only from the standpoint of justice but as an example to the younger men. Satisfied employes are not only more efficient and profitable for the employer but they are better citizens. A city, a state. and country benefit by satisfactory industrial relation to the extent of having better and more conservative government." Mr. Tally married Emma Eulalie Charlebois, of Ventura, California, on April 10, 1912. One son, Robert E. Tally Jr., is now a foreman for the company at Jerome. Arizona. Mr. Tally was the President of the American Institute of Mining and Metallurgical Engineers in 1931 and a Director of this Institute for six years. He was Chancellor of the Board of Regents, University of Arizona; President of the American Mining Congress in 1929, 1930; a member of the Mining and Metallurgical Society of America. Also, a Republican, Mason, and Elk. He was a member of the following clubs: Hassayampa Country (Prescott, Ariz.); California, Los Angeles Country (Los Angeles); Phoenix Country, Arizona (Phoenix, Ariz.). His recent home was at Park Ave. and Hill St., Prescott, Arizona.