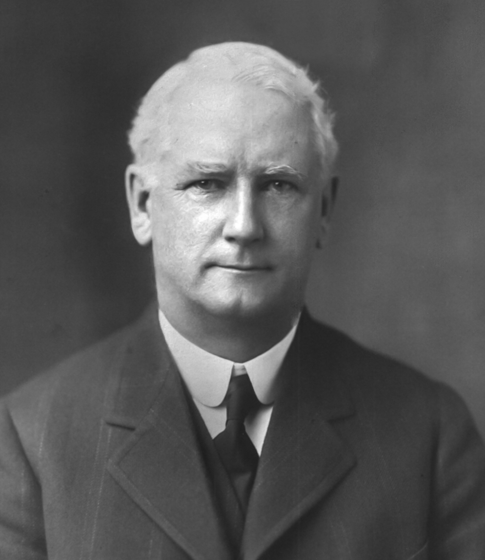 William Kelly, who was born in New York City in 1854, is one of the most distinguished iron mining engineers in America. He has long been regarded as the Dean of the profession in the Lake Superior district and his name is well known throughout our country among men who dig holes in the ground.

He has had a varied experience and he comes to the Presidency of the American Institute of Mining and Metallurgical Engineers full of vigor and with ripened judgement based on many years of contact with the great interests involved and a knowledge of the aspirations of many trained men for whom he has been Father Confessor.

After completing his education at Yale and at Columbia School of Mines, and a preliminary trip to Europe, he was successively connected with the Chemical Copper Company, the Kemble Coal & Iron Company and the Glamorgan Iron Company in Pennsylvania and in 1889 he went to the Penn Iron Mining Company at Vulcan Michigan, where he managed these and other great iron ore properties for more than 25 years until their sale to other interests. He resides at Iron Mountain, Michigan.

Mr. Kelly has filled many local offices such as President of his town school board and chairman of the county road commissioners, and Vice-president of his bank, and he has been chairman of the Board of Control of the Michigan College of Mines for 20 years. In 1916 he was a delegate to the Republican National Convention. His one of the most prominent citizens of Northern Michigan.

Mr. Kelly has traveled much abroad and in 1921 was a member of the delegation of American engineers who presented the John Fritz Gold Medal to Sir Robert Hadfield in London, and to Charles Prosper Eugene Schneider in Paris. While in London his attainments were recognized and he was made an Honorary Member of the Institution of Mining Engineers.

Mr. Kelly has contributed many paper to the Transactions of the Institute. He receives his office of President with the compliment of a unanimous election.