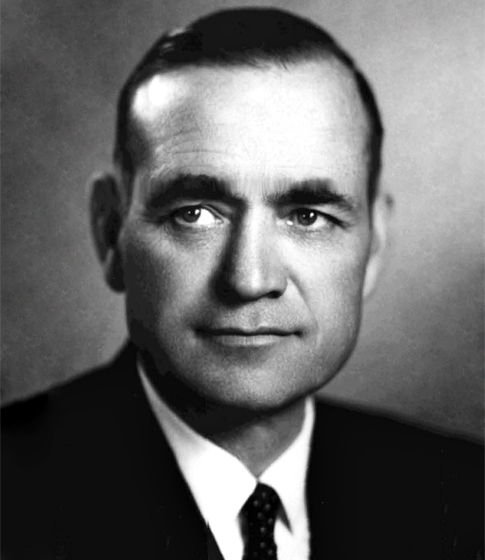 Roger V. Pierce received a B.S. in Mining Engineering from the Montana School of Mines in 1935, and an M.S. in 1936. The same institution awarded him an honorary Mining Engineering degree. During his student days and for a time thereafter, he worked for The Anaconda Company. During summers, while attending college, he worked in the Lark-Bingham District of Utah and the Salmon River area of Idaho, when he was associated with the U. S. Smelting Company. Later, he was employed by the Ingersoll-Rand Company in mine mechanization work until 1947.

For the last fifteen years, Mr. Pierce has been a mining consultant. He is president of United Idaho Mining Company, Shaft and Development Machines, Inc., and Machinery Center, Inc.

Mr. Pierce's work in mining methods and management consulting takes him into the international mining fields where he is constantly in contact with all developments in the minerals industry. He has written a number of technical articles and has presented several technical papers to various groups.

A Member of AIME since 1941, he has held many offices in the Institute and devoted his ability and enthusiasm to each. He is Past Chairman of the Utah Section, a former member of the Council of Section Delegates, a Past Chairman of the Saunders Gold Medal Committee, among many others.

Mr. Pierce served on the AIME Board of Directors as Vice-President and Director from 1957 through 1959. In 1962 he was on the Board as President-Elect. His background of activities and comprehensive knowledge of the many facets involved in the complicated organization of AIME promise a most successful year for the Institute as he assumes the role of its President.