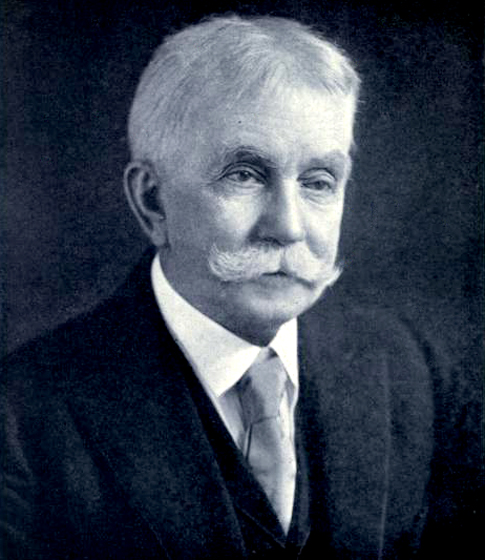 Philip North Moore was born in Indiana in 1849. He graduated in the classical course by Miami University, one of the oldest colleges of the Ohio Valley. His technical training followed at the School of Mines, Columbia University, where he studies under Newberry, Chandler, and Egleston, master teachers of their day, and Moore's friends in later years.

While Moore was a student at the School of Mines, Major T. B. Brooks, then in charge of the Michigan Geological Survey, in the iron regions, offered him a job. A season on the Michigan Survey under Major Brooks gave Moore a start in geological work which enabled him to secure a job under Raphael Pumpelly, then State Geologist of Missouri, which service was for only about a year. Next Moore work a job under Professor N. S. Shaler, of Harvard, just appointed State Geologist of Kentucky. Under him, Moore worked nearly four years, when appropriations were cut, and he sought wider fields going to Leadville, Colorado, where he was on of the pioneers.

His first position was as smelter superintendent for a firm, for whom he built the second smelting plant at Leadville, subsequently known as the La Plata works. Moore remained in Leadville until early 1882, when an offer came to him to open an iron property in Kentucky, known as the Slate Creek Iron Property. He remained in personal charge of it for seven years. In 1889, when his children reached school age, he returned to St. Louis - his old home.

Moore established himself in a consulting capacity, retaining charge of the iron enterprise of which he was the chief executive and a part owner. He retained charge of this enterprise until it was worked out, in the meantime friends acquired a large brown-iron-ore property in Alabama, which they retained for a number of years and sold to one of the larger Birmingham consolidations in 1908. Moore was president of the company for 18 years. During all this time he was practicing as work offered, ranging, with the usual fate of the consulting engineer, over most of the mining States and Territories, not Canada and Mexico, traveling for some years around fifty thousand miles per annum.

During the war, enthusiastic and patriotic engineers urged Moore to place the American Institute of Mining Engineers at the command of the Government. Various technical committees were organized. Moore's service consisted in helping to co-ordinate these committees, and preventing special investigations of mineral resources a certain very potent Board, by showing to them that the Government bureaus were already in possession of a vast body of information which could not be duplicated in reasonable time by new investigators.