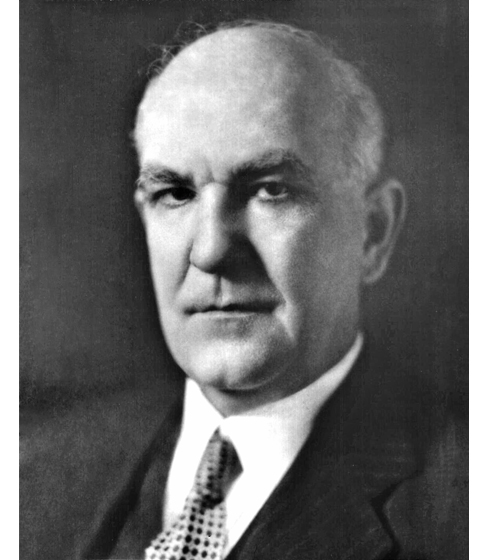 The election of Henry Andrew Buehler to the presidency of the American Institute of Mining and Metallurgical Engineers for the year 1935 is not only a fitting climax to years of active and useful service in that organization; it is even more a recognition or the many important contributions to his field of endeavor that have made Dr. Buehler’s name familiar to economic geologists and mining engineers.

The son of Andrew and Katherine Bleiler Buehler, Henry A. Buehler was born in Monroe, Wisconsin, a small town near the Illinois line, May 27, 1976. He graduated from the University of Wisconsin in 1901, with an A. B. degree and at once entered the employ of the State of Missouri as assistant geologist. In 1907 and 1908, Buehler was mining engineer for the Federal Lead Company, at Flat River, Missouri, but then returned to Rolla as state geologist, and director of the Missouri Bureau of Geology and Mines. This position he has occupied to the present time.

The director of Missouri’s Bureau of Geology and Mines is ex officio a member of the State Highway Commission. In the last year, Dr. Buehler has been pressed into service as state engineer for the Federal Emergency Relief Administration, in which capacity he has supervision of the expenditure of several million dollars a month. He is a man of broad human sympathy, an he believes most sincerely in the necessity of providing work rather than doling out relief money. The social consequences of enforced idleness on the part of engineers and other workers ae a matter of deep concern to Dr. Buehler.

In his many years at the head of the Bureau, with all its varied interests and obligations. Dr. Buehler (he was awarded an honorary D. Sc. degree by the University of Missouri in 1925) has found time not only for many noteworthy contributions to technical literature, but for participation in the activities of many scientific and engineering societies. He is the author of “Geology and Mineral Deposits of the Ozark Region,” “Characteristics of Zinc Deposits in North America,” and “Mineral Resources of Missouri.” He is co-author (with E. R. Buckley) of “Quarrying in Missouri,” “Geology of the Granby Area,” and “ Lime and Cement Resources of Missouri,” and (with V. H. Gottschalk) of “Oxidation of Sulphides.” Under his directorship, the Missouri Bureau of Geology and Mines has published many a contribution of permanent value both to the mineral industry of the state and to the science of geology at large. A practical viewpoint, strengthened by his experience as consultant for various mining companies of the state during the last fifteen years. has been tremendously valuable in guiding the work of the Bureau.

In the American Institute of Mining and Metallurgical Engineers, he has served four years (1929-1932) as vice president, and the past year (1934) as director. These are positions that fall typically to the lot of the busiest and most occupied men in their respective professions. In all his activities, Dr. Buehler always gains the deep regard and real affection of the host of people who come to know him.

Unmarried, Dr. Buehler makes his home at Rolla, Missouri. He belongs to the Noonday Club, of St. Louis, and to the Cosmos Club of Washington, D.C.