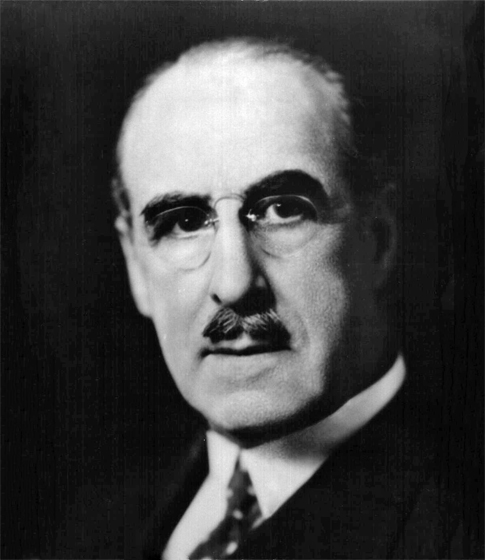 Born in Montreal, Canada, January 11, 1875, son of Robert Anderson and Anne (Wilson) Becket. He took the course in electrical engineering at McGill University and was graduated with the degree of B. A. Sc. in 1895. His professional career began with the Westinghouse Electric & Manufacturing Company but a year later joined Charles E. Acker in Jersey City in the experimental development of the Acker fused bath electrolytic process for the production of caustic soda and chlorine. After a year of postgraduate studies at Columbia University, for which he received the A.M. degree in 1899, he shared in the difficult task of commercializing the Acker process at Niagra Falls. He was again a student at Columbia in 1900 - 02, pursuing further studies and research work in electrochemistry and metallurgy, and then joined the Ampere Electrochemical Company and engaged in commercial research, especially the production of steel direct from iron ores and other metallurgical problems. Thereafter he was absorbed in the exacting calls of creative work, in which he achieved high distinction. Organizing the Niagra Research Laboratories in 1903 he carried on their activities until 1907 when that company was purchased and absorbed in the present Electro Metallurgical Company, which started operations that year. He has conducted both experimental and commercial work upon a group of semi-rare refractory metals including chromium, tungsten, molybdenum and vanadium, resulting in the development of several electric furnace processes which were adopted by the Electro Metallurgical Company and employed in the production of the refractory metals named in a state of comparative purity by substantially eliminating the contamination of carbon, which is the reducing agent employed in the smelting of the compounds of these metals in the electric furnace. He was the first manufacturer of ferrovanadium on a commercial scale in the United States from both the Peruvian and domestic ores and supplied the first ferrovanadium used by the steel manufacturers of this country. He discovered that silicon could directly reduce the oxide  and other compounds of chromium, tungsten, molybdenum and vanadium at temperatures attainable in the electric furnace and deduced therefrom that a metal low in both carbon and silicon contents could be prepared by utilizing silicon as a reducing agent under proper conditions. He developed another process to economize the use of silicon as a reducing agent which consisted in smellting refractory ores with carbon in the presence of sufficient silica to yield a low-carbon silicide of the metal desired, this silicide being then resulted with an added quantity of refractory ore, thereby oxidizing out the silicon and reducing a further quantity of the desired metal. Both these precessed immediately went into commercial use on a large scale and became permanently established in metallurgical practice. Mr. Becket discovered that the principle of silicon reduction was applicable to sulfide as well as oxide, the reaction between sulfide and silicon having been unknown previously, and he smelted commercially both molybdenum sulfide and vanadium sulfide by this means. He made improvements in electric furnaces relating to electrodes and refractories, and produced alloys of titanium with calcium, aluminum and silicon for the scavenging of steel. Later processes evolved by him included the use of calcium carbide, boron, ferroboron and boride of silicon, carbon and calcium as reducing agents; the production of alloys containing magnesium and silicon and high explosives based upon them; heat-resistant alloys of chromium and iron, and methods for their fabrication. His extended investigations during 1910 - 1914 into the manufacture of ferrotungsten and other tungsten alloys, especially for the preparation of a low-phosphorus product from high-phosphorus ores, involved a problem which he solved by improving the ore and refining the metal, thus rendering available for commercial use large quantities of high-phosphorus tungsten ores found in the United States. The results of his later investigations included the production of tungsten of low tin-content from tin-bearing wolframites; valuable contributions to the art of calcium carbide manufacture; and the development of commercial production of various alloys of zirconium, the last being a World war service at the request of the War Industries Board. His contributions to the development of the heat-resisting, high chromium alloys have done much to place this materials in the important position they are now gaining in the industrial field, and the extremely low-carbon ferrochromium essential to the production of rustless irons has been made commercially possible through the application of his precesses. His own researches in the stainless and rustless steel field extend over many years and have resulted , among others, in the development of the chromium manganese series of steels for this service. His contributions to the welding art, principally on the composition of welding row, have greatly extended its scope. He has been granted approximately 100 United States patents. In 1924 the affiliated chemical and electrochemical societies of America conferred upon him the Perkin Medal in recognition of his work in applied chemistry. At the presentation of this medal it was said that besides his spirit of enquiry, inventive faculty, close observation and an impersonal fairness in the interpretation of results, he has the additional quality, rare among inventors, of an economic sense of direction. In 1929 Columbia University conferred on Mr. Becket the degree of Sc. D. He is a member of many of the scientific and technical societies having been president of the American Electrochemical Society (1925-26), Vice-president and a Director of the American Institute of Mining and Metallurgical Engineers (1932) and he has contributed several papers to their proceedings. He is President of the Union Carbide and Carbon Research Laboratories Inc., and Vice-president of Union Carbide, Electro Metallurgical and Haynes Steel companies and some other affiliates of the Union Carbide and Carbon corporation. He is an accomplished musician. Mr. was married, October 8, 1908, to Geraldine, daughter of Henry F. McBride, of Niagra Falls, N.Y., and has two daughters, Ethelwynne and Beth Alene Becket.