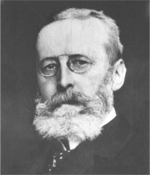 Edmund Gybbon Spilsbury was one of the early members of the American Institute of Mining Engineers which he joined in 1873. During this time he contributed freely of his time and ability. He was also a member of the Engineers Club, of which he was president in 1916 and 1917, American Society of Civil Engineers, American Society of Mechanical Engineers, Institution of Mining and Metallurgy, Mining and Metallurgical Society of America, American Electrochemical Society and the Rocky Mountain Club of New York. He was a trustee of the United Engineering Society from 1916 to his death; a member of United Engineering Society Library Board from its organization in 1913 until his death, being it chairman from 1918 to January 1929; a trustee of Engineering Foundation Board from 1916 until his death; and member of the John Fritz Medal Board of Award. He was also a member of the Division of Engineering of the National Research Council.

Born in London, England, in 1845, Mr. Spilsbury went to Liege, Belgium, at an early age, where he received his preliminary education. For his technical education he attended the University of Louvain, Belgium, graduation in 1862, and later he took a practical course at Clausthal, Germany.

In 1864 he became assistant engineer for the Eschweiler Zinc Co., of Stolberg, one of the largest miners and smelters of lead and zinc in the world at that time, and the next year he took charge of that company’s mines and works on the Island of Sardinia. From Sardinia he went to the Atlas Mountains in Morocco. In 1867 he entered the service of McClean & Stilman, of London, and had charge of the construction of the iron gates for the Surrey Commercial Docks. In 1868 he was designing engineer with J. Casper Harkort, and had charge of most of the detail work of the Keulenber Bridge in Holland, the Dunube Bridge in Vienna, and the Rhine Bridge in Dusseldorf.

In 1870 Mr. Spilsbury came to the United States to investigate the lead and zinc resources for the Austro-Belgian Metallurgical Co. After spending two years in this work, he resigned in order to practice in the United States, and he was the first to introduce the Harz system of ore dressing for the zinc ores of Pennsylvania and New Jersey. From 1873 to 1875 he was engaged as general manager of the Bamford (Pa.) Smelting Works. In 1879 he designed and built the Lynchburg Blast Furnace & Iron Works, and was also consulting engineer for the Coleraine Coal & Iron Co., of Philadelphia. In 1883 he became general manager of the Haile gold mine in South Carolina, and in 1887 engaged with Cooper Hewitt & Co., of New York. From 1888 to 1897, he was managing director of the Trenton Iron Co., Trenton N. J., during which time he introduced the Elliot locked wire rope and the Bleichert system of aerial tramways.

In 1893 Mr. Spilsbury presided over the sessions of the mining division of the International Engineering Congress at the World’s Fair, Chicago.

He was the author of a number of important technical papers in the Trasnactions of the American Institute of Mining Engineers, among which may be mentioned: “On Rock-Drilling Machinery” (1874); “New Air Compressor” (1879); “Iron Ore Deposits on the James River”(1880); “Gold Mining in South Carolina” (1883); “Chlorination of Gold-Bearing Sulfides” (1887); “Notes on the General Treatment of the Southern Gold Ores and Experiments in Matting Iron Sulfides” (1887); “Notes on a Novel Cable Transfer for Railroad Cars and the Use of the Locked Wire Rope’ (1891); “Improvements in Mining and Metallurgical Appliances During the Last Decade” (1897); and “Improvement in Cyanide Process” (1910).

In lighter vein he wrote entertainingly. To the Mining and Scientific Press he contributed in 1915 “Technical Reminiscences,” covering his interesting experiences during a half century of active practice.

Mr. Spilsbury’s practice as a consulting mining engineer and metallurgist took him into many parts of Europe, Africa, the United States, Mexico and South America. During the winter and early spring of 1920, he spent a number of weeks in Brazil on a mining protect for clients in the United States and had returned to New York only a few weeks before his decease.