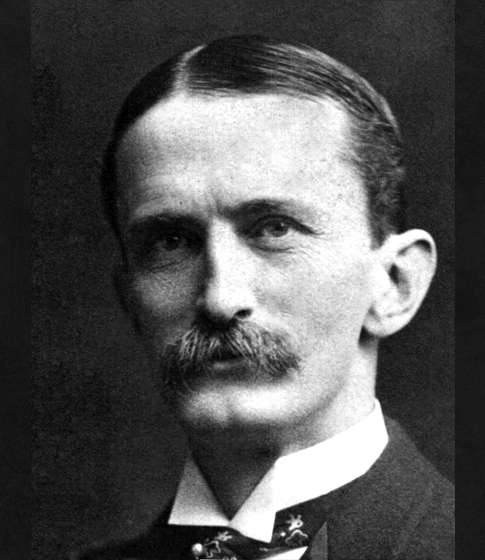 President of the Institute for two terms, who, after a career of remarkable achievement in the practice of mining engineering, turned his talents to the field of transportation in which, as President of the Hudson River Day Line, he also served with equal distinction. A member of man) patriotic and philanthropic societies and of the governing bodies of many organizations for promoting public well. being, his great services were widely recognized and deeply appreciated.

Eben Erskine Olcott, past-president of the Institute, died at his home in New York on June 7, 1929, in the seventy-sixth year of his age. A descendant of the Olcott family which settled in Connecticut in the seventeenth century, he was born in New York on March 11, 1854, and after education in the public schools entered the Columbia School of Mines, from which he graduated with the class of 1874. His first position was that of chemist in charge of a Hunt and Douglas process plant in North Carolina, going from there to be assistant superintendent of the Pennsylvania Lead Works at Pittsburgh. From 1876 to 1879 he was superintendent of gold mines in Venezuela, and he next held a similar position in the San Juan District of Colorado for a year, followed by a year spent examining mines in the 'Vest for New York capitalists.

In 1881 he was appointed manager of the St. Helena mines, Sonora, Mexico, where he remained for four years, before returning to New York and opening a consulting office. Later the firm of Olcott, Fearn, and Peele was formed, which subsequently became Olcott, Corning, and Peele. Among the many mines and plants, he reported on were the goldfields of Dutch Guiana, the Sandia and Carrabaya gold regions of Peru, the Huantayaja silver mines of Chile, and many others. In 1886 he was a member of the Cerro de Pasco Mining Commission that reported on the mines there.

Elected president of the Institute in 1901, he was the official head of the party of 170 excursionists who made the Institute trip through Mexico, in November of that year, which was afterward commemorated by designating Vol. XXXII of the TRANSACTIONS as the Mexican volume. He was a happy choice for that office since he was able to reply in Spanish to the address of welcome to the party at Mexico City and the many other places they visited. A few years ago Mr. Olcott presented to the Institute his photographic scrapbook of the trip, prefaced by an autographed letter by Porfirio Diaz, which has been bound and placed in the library. He was re-elected president in 1902.

Somewhat later the financial interests with which he had always been closely associated prevailed on him to accept the presidency of the Hudson River Day Line, and the remainder of his busy and useful life was devoted to the transportation business, though he always was keenly interested in mining. He also became interested in banking, was a trustee and vice-president of the Lincoln Safe Deposit Co., on the advisory board of the American Exchange-Irving Trust Co., and a director of the Catskill Evening Line. He was a member of the American Society of Civil Engineers, the council of the American Geographical Society, the Board of Missions of the Reformed Church in America, the Board of Managers of the American Bible Society, the Metropolitan Museum of Art, and the Metropolitan Museum of History. He also was a member of the Sons of the Revolution the Pilgrims and St. Nicholas societies, the Down-town Association and the Engineers, University and Union League clubs.