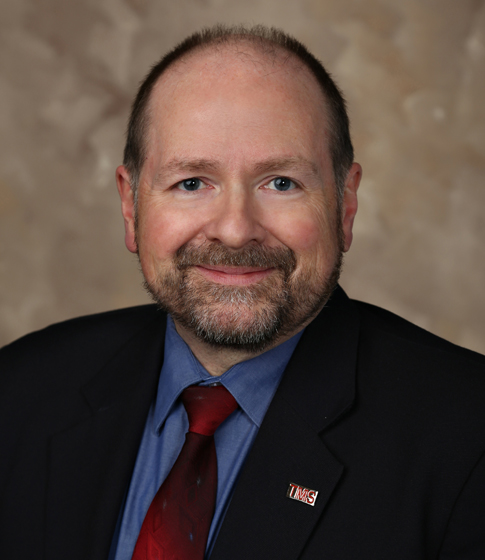 James J. Robinson has held a number of positions within TMS since joining the Society in 1984 as an editorial team member for JOM. Prior to becoming executive director in 2012, he held the position of deputy executive director. In that position, Robinson managed the development and execution of the Society's programs and supported the Board of Directors, the Executive Committee, and other volunteer bodies, inclusive of governance and strategic planning activities. He also supports the efforts of the TMS Foundation as an ex-officio member of the Board of Trustees. Robinson's past positions with the Society include serving as Chief Operating Executive, Director of Knowledge Management and Communication, and Editor of JOM (TMS's membership journal). He still contributes to JOM as a monthly columnist. Robinson is an ASAE Certified Association Executive (2009). Academically, he earned his M.A., corporate communication, from Duquesne University (Pittsburgh, Pennsylvania) and his B.A., journalism, and communications, from Point Park University (Pittsburgh, Pennsylvania). His non-materials professional affiliations include ASAE, the Council of Engineering and Scientific Society Executives, and the Pittsburgh Society of Association Executives.